These are definitely the city's most popular tourist attractions -- and for good reason. If youre only in Boston for a couple days, here are the best ways to see Boston beyond your business hotel. The No. 1 thing you should do while in Boston is to follow the 2.5-mile redbrick trail from Boston Common to Bunker Hill. Set aside 1 to 3 hours -- depending on whether you want to speed through the historical sites or go on a tour with a guide in Revolutionary garb. Be sure to pit stop for a "beah" at America’s oldest bar, the Bell in Hand Tavern. If you need to cut the tour a little short, a natural break is to follow the trail until the bridge and save the Bunker Hill Monument for another day. It’s definitely worth making it up to the North End to see Paul Revere’s House and the Old North Church, where the famous “One if by land, and 2 if by sea” signal was sent. 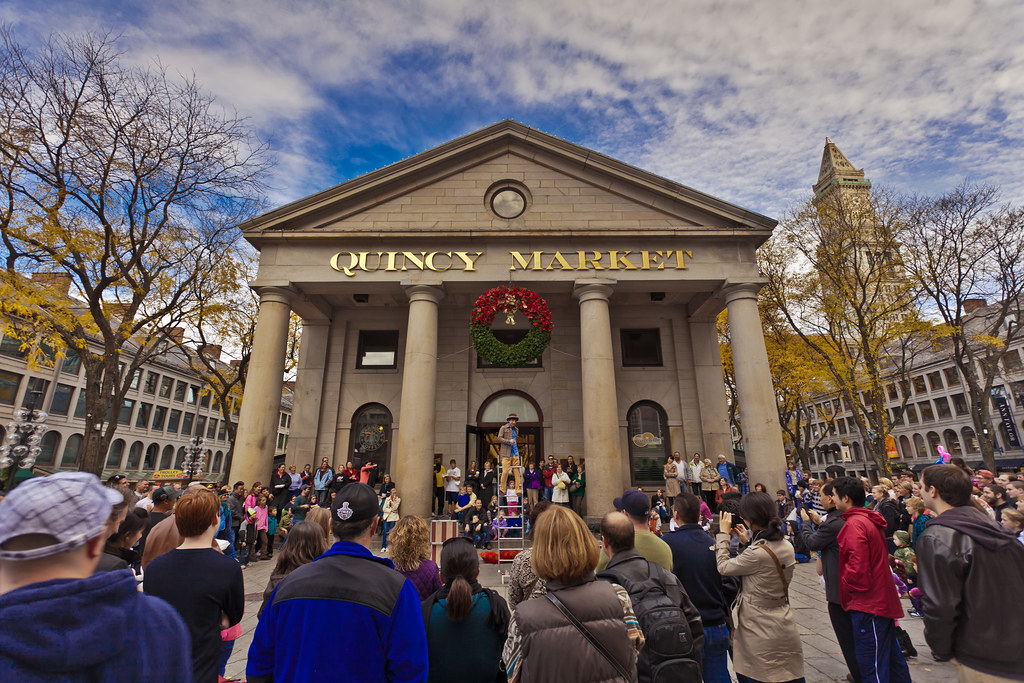 In the heart of downtown Boston, and along the Freedom Trail, is Faneuil Hall Marketplace. The original Faneuil Hall dates back to 1742 and the festival marketplace now encompasses the North Market, Quincy Market and South Market buildings.

If you don’t have much time, we suggest skipping chain stores like Ann Taylor and Urban Outfitters in favor of grabbing a bite beneath the Quincy Market canopies, picking up unique finds from pushcarts and pausing to take in a street performance or 2.

There’s nothing quite like taking in a game at Fenway Park, one of America’s most beloved baseball stadiums since it opened in 1912. But even if the Red Sox aren’t playing, you’ll want to swing by and visit the Green Monster on one of the 50-minute tours offered daily.

If you’re looking to grab a bite or a beer near the stadium, you can’t beat The Bleacher Bar, in Fenway itself. As the name suggests, it’s beneath the bleachers in center field with a window that looks directly into the park.

You don’t have to be a coed to warrant a trip across the Charles River to nearby Cambridge. Home to 2 of the most prestigious universities in the country, Harvard and the Massachusetts Institute of Technology (MIT), its stunning architecture and incredible diversity of restaurants and shopping attracts a mix of students, locals and sightseers.

Pop into a coffee shop and stroll through the historic Harvard Yard; you’ll find maps and information at the intersection of Massachusetts Avenue, John F. Kennedy Street and Brattle Street. Follow Brattle Street outside the square and you’ll be walking along Tory Row, nicknamed for residents of 7 Colonial mansions who remained loyal to King George during the Revolution. Among the most famous is the yellow Longfellow House (105 Brattle Street), home of 19th-century poet Henry Wadsworth Longfellow and former headquarters for General George Washington during the Siege of Boston, which is open to the public for seasonal hourly tours.

Fans of the television show won’t be able to resist popping into the bar shown in the opening credits of this ‘90s sitcom. Formerly Bull & Finch pub, it has since been renamed to the more tourist-friendly Cheers. Just be prepared to hear more than one rendition of the Cheers theme song, “Where Everybody Knows Your Name."

Afterward, make sure to take advantage of all that Beacon Hill has to offer. Just up Beacon Street is the State House, and across the street is the Public Garden where the Swan Boats will be out in the warmer months. Make your way to Newbury Street for some afternoon shopping (or just window shopping) at some of Boston's most upscale boutiques.