Best free things to do in Brisbane

Brisbane is an outdoorsy city year-round. While denizens of the southern metropolises cower inside during the winter months, this Queensland capitals daytime temperatures rarely dip below 20°C.

And in Brisbane the best kind of fun is often found outdoors and free. From exceptional markets to lush tropical gardens Brisbane has you covered without breaking your wallet.

Brisbane has been busy improving its South Bank , the riverside real estate opposite the Brisbane city centre. Here you can take in a band while watching the sun sets, or frolic at the cute (if crowded) Streets Beach, or window shop at boutiques along Little Stanley Street. Don't miss the Arbour, a bougainvillea-laden awning that snakes through the entire length of the parklands..

City Botanic Gardens might have the location, but for a much more lush experience head west on Milton Road to find the Mt Coot-Tha Botanic Gardens. Sculpted along the lower ridges of the city’s inland bookend are species upon species of flora collected from across the globe. Don’t be afraid to climb the hill to the gardens’ often overlooked rear precinct. And don’t be afraid of the water dragons..

Forget the beautiful, but always crowded, resort of Noosa. For a more sedate seaside trip ‘within cooee of Brisbane’ head to Sunshine Beach, just south of Noosa Heads. Even when the neighbouring areas are full of tourists, Sunshine Beach retains a laid-back vibe, its hillside perch preventing the township from every growing into a tourist mecca. Hit the surf (beware of the rip!) before tacking back to the city along some beguiling inland plateaus, taking in the townships of Maleny, Woodford and Dayboro (and its endearingly overgrown Crown Hotel).

Destroyed in the 2011 floods, the New Farm Riverwalk only just reopened to the public. Once again, it sits on the river across from the eastern side of Kangaroo Point, zigzagging its way from the Story Bridge right around to New Farm Park, creating a unique circuit for the city’s fitness geeks. Wanderers are still welcome, though, with plenty of places to stop and take in the scenery opposite.

Hit the river on the CityHopper 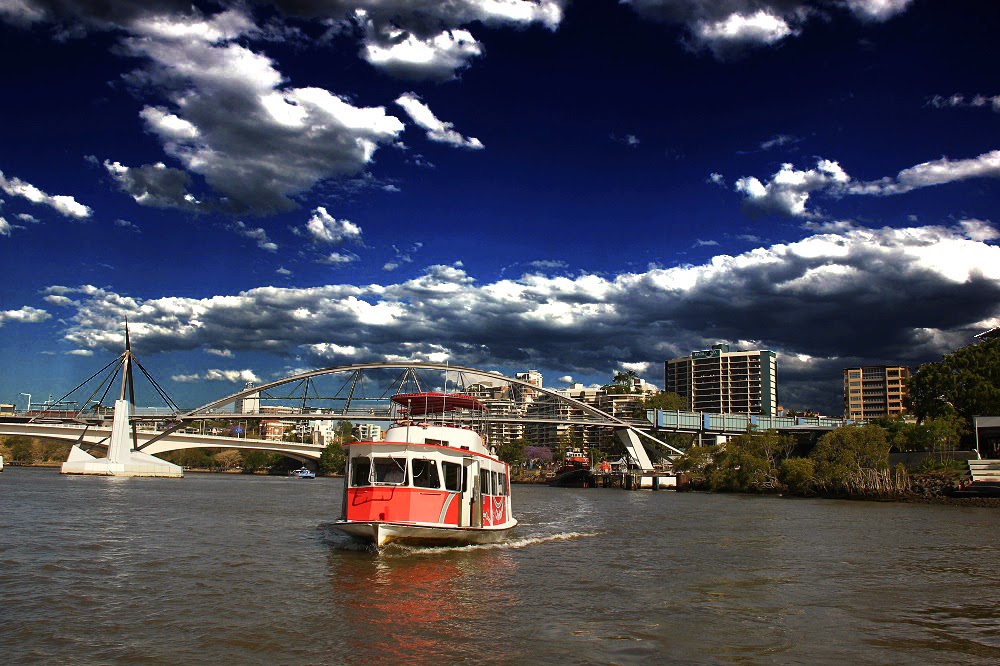 This is the best way to travel on the Brisbane River. The free of charge CityHopper ferry (brisbane.qld.gov.au/cityhopper) covers a significant stretch of the waterway from Sydney Street in New Farm all the way to North Quay, running on the half hour, seven days a week. Most of the services have rooftop seating available, adding to the fun. Don’t expect it to go anywhere very fast, but then that’s not really the point.

Referred to as the West End Markets, every Saturday morning Davies Park is turned over to all manner of pushers and peddlers. It’s the best market of its type in Brisbane, presented in the welcoming shade of a row of giant fig trees. If nothing else, it’s a great opportunity to people watch on the main stomping ground of the infamously alternative West End locals.

The suburbs on the far side of Walter Taylor Bridge are seldom visited by either tourists or locals. But Graceville and Sherwood together make for one of the prettiest areas in the entire city, boasting some impressive, colonial era real estate and a tranquil, isolated ambiance. It also means the rambling Sherwood Arboretum (www.brisbane.qld.gov.au/sherwood-arboretum) is often deserted, making it a winsome spot to wander, enjoy a picnic or simply sit on the banks of a far more sedate stretch of the Brisbane River.

Dabble in the arts at the Cultural Precinct

The sprawling Cultural Centre complex directly across the river from the city and adjacent to South Bank includes the Queensland Art Gallery and Gallery of Modern Art (or QAGOMA, as they’re known together), State Library, Queensland Museum, Queensland Performing Art Centre and Queensland Theatre Company. The galleries and concert halls all feature ticketed events, but there are truckload of gratis options— local exhibitions, film screenings, talks and music performances — and the sheer scale of the complex means it’s a great place to spend a couple of hours simply soaking in the atmosphere. 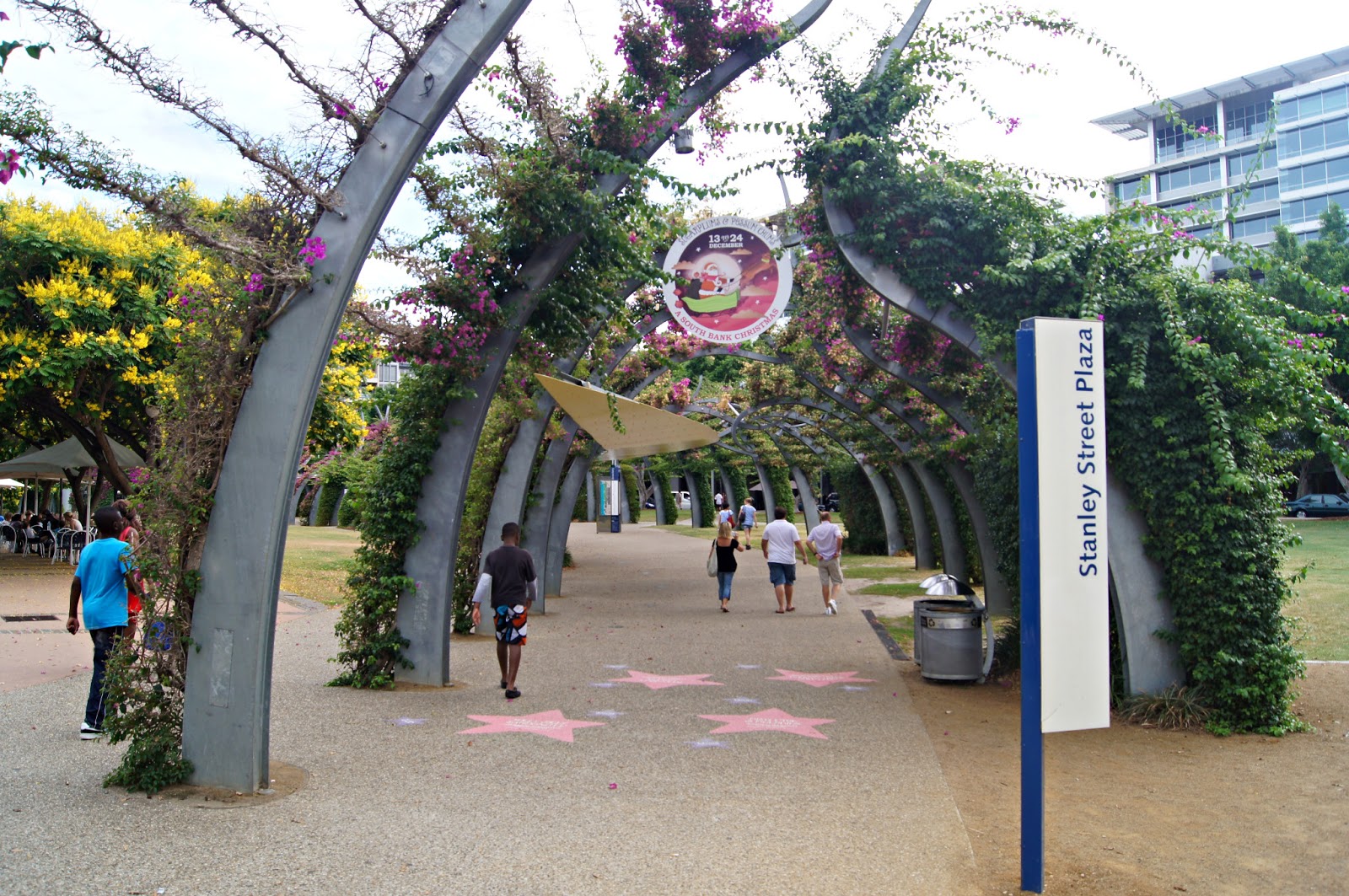 QAGOMA’s never-ending line-up of major exhibitions has had a neat side-effect, squeezing out smaller, more specialist art shows. It means Brisbane’s universities have taken up the slack, with the Queensland University of Technology’s Art Museum (artmuseum.qut.edu.au), the Queensland College of Art (griffith.edu.au/QCA‎) and University of Queensland (artmuseum.uq.edu.au) all hosting impressive exhibitions (as well as boasting their own collections). If nothing else, this is a good excuse to investigate each of the campuses — particularly UQ’s snazzy St Lucia digs.

Brisbane is much more varied in its elevation than either Melbourne or Sydney. It means brilliant views of the city are just 15 minutes away at this terrific lookout on top of Mt Coot-Tha. An excellent spot to get your bearings early on in your stay, it has a view that stretches from the north towards the bay and airport right around to the sprawling suburbs south of the river. There’s a cafe and restaurant on hand, in case you want to make a night of it.

Get your giggle on with Knockoff

Each Friday at 6pm the Brisbane Powerhouse plays host to Knockoff, a night of free comedy featuring some of the best local talent as well as a surprising number of quality interstate comedians. This is a perfect welcome to the weekend in a perfect location, the rambling Powerhouse, with its bars, restaurants and mini-exhibitions, being every bit what you make of it. 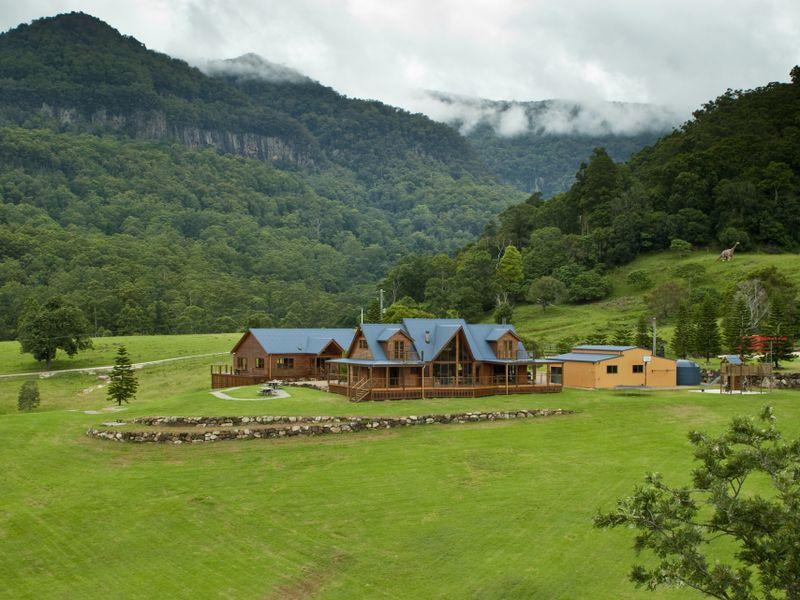 Heading south along the multi-lane M1 to the Queensland–New South Wales border is a bore, but a road trip via the Nerang–Murwillumbah Rd is a lovely day out. Narrow country lanes gradually climb through vertiginous mountain landscapes and deeply scooped valleys. It’s heady stuff, with plenty of opportunity to stop for coffee or just to gawk at the view. Drive back home to the city via the inland Mount Lindesay Highway if you want to keep those country vibes rolling.

Take in the local history City Hall and Museum of Brisbane The 1970s and ’80s left Brisbane without many of its heritage buildings, but the recently refurbished City Hall illustrates how you tend to value what is precious. This labyrinthine 1920s civic edifice is best explored via a free guided tour. Just be sure you register or arrive early as groups tend to fill up pretty quickly. Afterwards, head upstairs to the Museum of Brisbane for an extra dose of local history.

Get a party together for a barbecue at Kangaroo Point

Out of all the ways to see Brisbane this is one of the best: across the river, on top of the long defunct porphyry stone quarry now used by the city’s numerous rock climbing schools. By all means sit on the wall with a picnic, but you’re better off securing one of the many barbecues placed along the top of the cliffs. Either way, the sunsets over the city are enchanting affairs, the atmosphere lifting further when the skyscrapers blink to life, casting their lights across a Brisbane River that has stilled after the rush hour.

Day trip out to Moreton or Stradbroke Island These giant sand islands sit off the coast from Brisbane, protecting the city’s ports from the Pacific Ocean. Both are just a short ferry ride from the bayside suburbs and which to visit depends on what you’re after. For isolation, check out Moreton Island, while North Stradbroke is a little more settled and civilised. Either way, both have exceptional beaches, making them the perfect destination for an extended day trip.