New York might be the greatest city in the world. But the crowds, the sirens and the traffic can get a bit much for even the hardiest fan of the Big Apple.

So why not leave the chaos behind for a day? It’s a breeze to leave and you can be back in time for a couple of pints at a dive bar if NYC pangs get the better of you.

Ride the Acela Express out of the hellish netherworld of Penn Station and into one of the USA’s most historic cities. Take a cab from the city's imposing classical station to Independence National Historical Park to see the Liberty Bell and the rooms where the Declaration of Independence was signed and sealed. Grab a slice (or a hulking Philly cheesesteak) at the South 9th Street Italian Market before heading to the superb Philadelphia Museum of Art. As well as stunning local work, you’ll also find an absurdly impressive collection of ‘greatest hits’ by the likes of Picasso and Klee. Not to mention a statue of Rocky at the foot of the gallery’s steps.

Just over an hour from New York City, this stunning sculpture park (www.groundsforsculpture.org) in Hamilton, New Jersey is home to works by established and emerging artists. The domestic arts building showcases American sculptors old and new, while the vast, 42-acre outside space hosts an ever-growing collection of incredible pieces. The park also hosts workshops in photography and dance, making it a great place to try something different while taking a breather from Manhattan’s never-ending bustle. 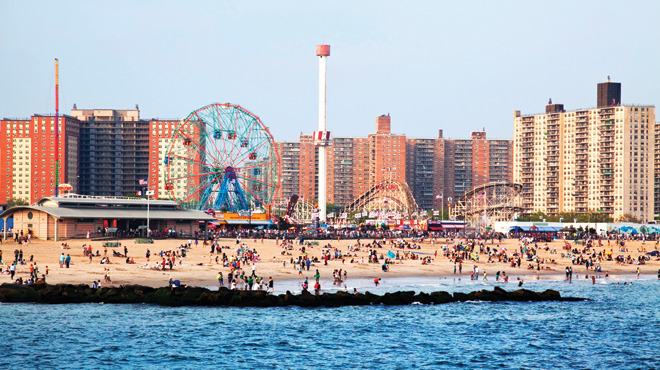 New York’s quintessential beach destination is easily reached by subway from Manhattan. The N, Q, D and F trains all run from the center of the city, terminating at Coney Island-Stillwell Avenue station. Down at heel it may be, but there’s a real charm about Coney Island's ageing funfair and the bars and take-out joints that dot the boardwalk. Get a hotdog at Nathan’s, home of an annual July 4th hotdog eating contest (current record: 69 dogs in 10 minutes), play on the creaking arcade machines and take a peep at the over-the-top circus sideshow. In reality, the latter is a continuous display of classic circus tricks (sword swallowing, contortionists, fire breathing). The show runs all day and costs $10. Just pay the fee and they’ll let you into the spit-and-sawdust auditorium between acts. Perfect for when the weather closes in.

Immortalised by Bruce Springsteen and battered by the ill winds of Superstorm Sandy, the boardwalk at Asbury Park is a New Jersey institution. As well as the usual seaside attractions, the real draw here is the Stone Pony, the music venue that gave birth to The Boss. Stay late to catch a band and grab a beer. Or come early, hang out on the beach and make like you’re a character in a track from Born to Run. Seeing as it’s just an hour from the city, it’d be a crime not to.

Said to be the inspiration for East Egg, the home of Tom and Daisy Buchanan in The Great Gatsby, Sands Point is a swanky town on the north shore of Long Island. Sands Point Preserve, part of which was once owned by the Guggenheims, is home to the gorgeous Hempstead House, built in the early 20th century and originally designed to mimic Castle Kilkenny in Ireland. You can tour the grand halls and imposing rooms for a small fee. Sands Point is also criss-crossed by six fantastic nature trails. The designated forest path cuts through ancient oak woodland, the trail starting at the main visitor entrance, with maps available from the visitors center. Spring and autumn are particularly beautiful here, but the preserve is open all year round. A great destination for a family day out. 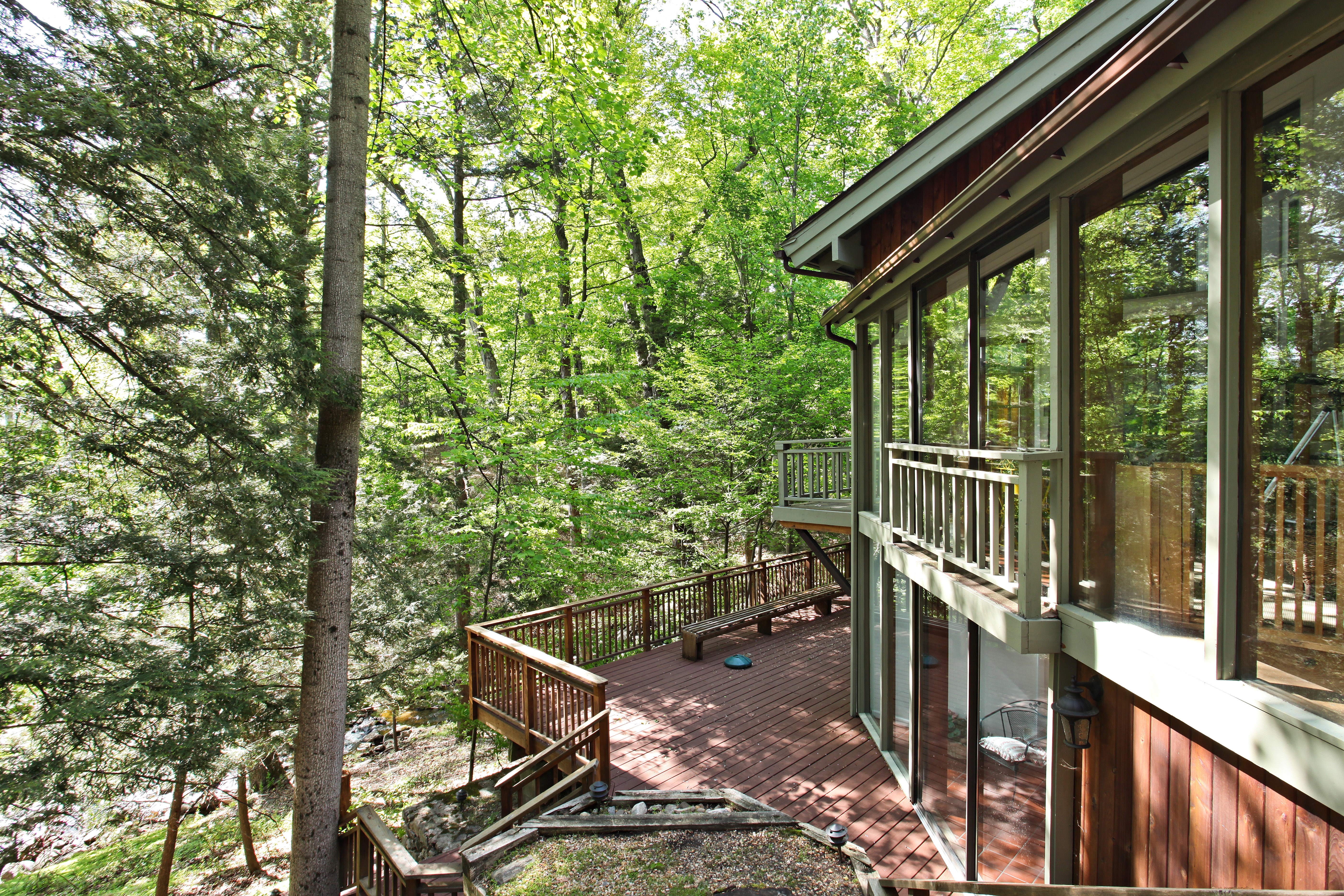 Upstate New York is awash with stunning landscapes. This short walk, just under four miles, takes in gorgeous views of the Hudson Valley, through woodland and along the banks of the river, which eventually courses down Manhattan’s west side, on past Lady Liberty and into the Atlantic. Routes are well marked and you’re never far from civilization. Garrison can be reached on the Hudson line from Grand Central in an hour and a quarter. 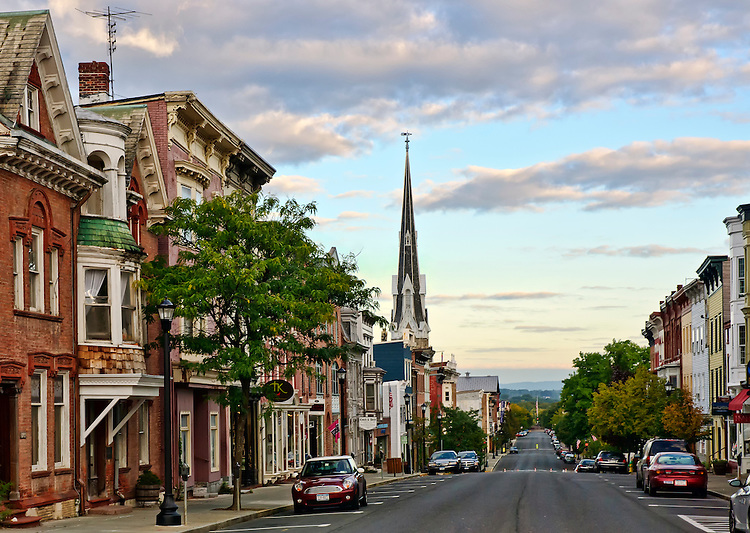 Further north of Garrison, Hudson is a pretty town offering a glimpse of a slower, simpler time in this busy corner of the United States. The beautifully designed train station is the oldest continuously run Amtrak stop in the state, dating back to 1874. Be sure to check out the superb Olana House, built by US landscape painter Frederic Church. Situated just outside of town, Church’s mansion was inspired by the Persian designs he’d seen when traveling in the Middle East. The house is home to works by the Hudson River School of painters, of which Church was a key member. The house is open from Tuesday to Sunday and entry is by tour only. 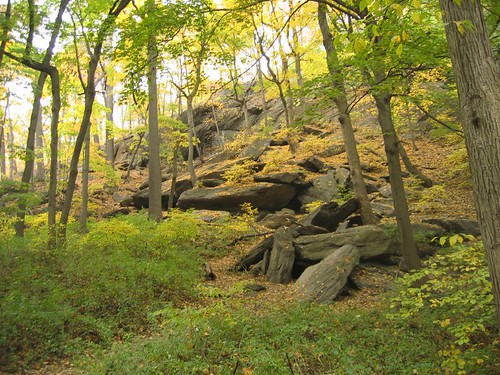 If you can’t bring yourself to leave the city limits, then Inwood Hill Park is the perfect spot. Nestled at the most northerly tip of Manhattan, this green space is home to the last remaining natural forest on the world’s most intense island. There’s even a salt marsh. Native Americans are known to have lived here in the years before colonists truly took hold of what was to become New York City. Ride the subway all the way to 215th Street to see it in all its glory. This is the ideal place to come for a peaceful break.

Owned by the Met, and just south of Inwood Hill Park, The Cloisters is another great day out from NYC in NYC. The place is teeming with amazing medieval art, the building itself well worth your time. It consists of five medieval French cloisters, all established here less than a century ago. Artworks include colorful Flemish tapestries and the Cloisters Cross, a 12th-century altar carving believed to have been crafted at the abbey in Bury St Edmunds in England. A real haven from city noise and smog. Set away from the Atlantic coast of Long Island, Fire Island (www.fireisland.com) can feel truly isolated and peaceful if you pick the right moment to visit (that is, don’t come on Labor Day or July 4th when the crowds flock here). Its sandy dunes and vast beaches are a perfect way to unwind after days of traipsing sidewalks and visiting sights. Simple and relaxed, it’s the place to come when NYC has finally become too much.