A patchwork of neighborhoods make up the town and encompass a fantastically fun music scene filled with hallowed country music stars and up-and-coming acts, to a nightlife that runs the gamut from boot stompin' honky tonks to sleek clubs. Of the many neighborhoods' many highlights, the shining star may well be the eclectic dining scene -- innovative restaurants dot the region, often featuring farm-to-table menus and a laid-back vibe. From sights, to shops, to parks and more, we've sussed out Nashville's neighborhoods. 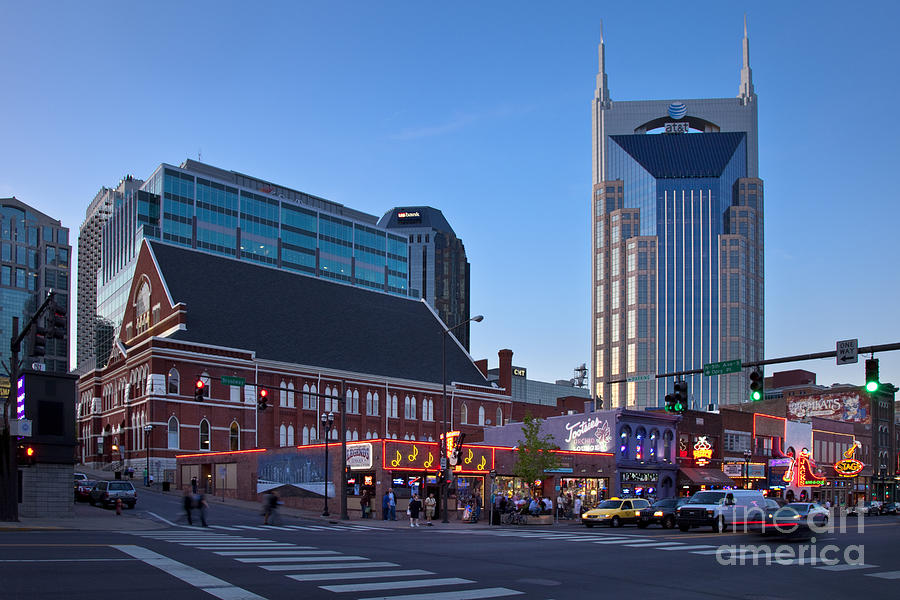 Once known primarily as the city's business district, downtown Nashville's medley of attractions now draw tourists into the thick of the city. The famed Ryman Auditorium, the original home of the Grand Ole Opry, calls downtown home, and tours of the landmark building are available -- music lovers consider the Ryman a must-see icon. Other downtown hotspots include the state capitol building, the Tennessee Performing Arts Center, the Country Music Hall of Fame and Frist Center for the Visual Arts, the city's premier art museum. The downtown district lies adjacent to the Cumberland River, and the Shelby Street Pedestrian Bridge allows walkers to cross the river, though the bridge's real highlight may be its excellent views of the downtown Nashville skyline -- perfect for photos or a romantic sunset stroll.

The District, short for downtown Nashville's historic district, encompasses the area around Broadway and 2nd Avenue. Don't let the "historic" aspect fool you; this corner of the city is more rockin' good times than a trip back in time. Hands down the pulsating heart of Nashville's nightlife, The District's restored buildings now house trendy restaurants, packed dance clubs and the city's famous honky tonk bars where bands big and small hit the stage for raucous country performances. Spend an evening strolling along Broadway, popping into shops hawking cowboy boots and Stetson hats, then grab a cold beer and a burger at Robert's Western World, one of The District's liveliest honky tonks. 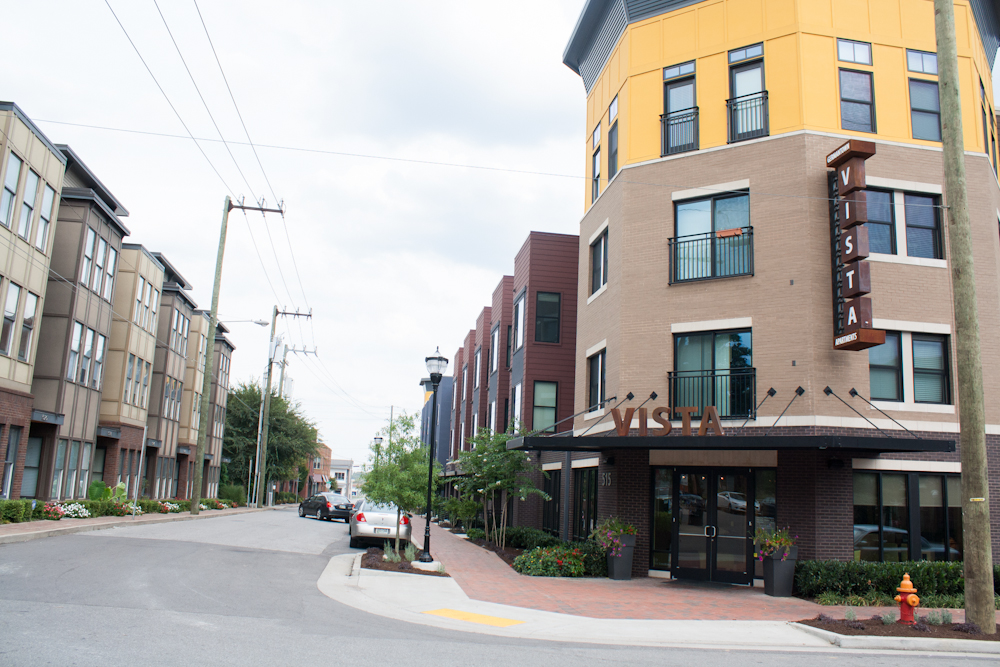 Nashville's poster child for urban redevelopment, Germantown's 18 square blocks (northwest of downtown) have evolved from housing mostly derelict buildings in the 1970s to currently containing some of the city's most charming and vibrant landscapes. The neighborhood originally housed the city's German residents and many of the restored homes and buildings date from the mid-19th century. Today, Germantown lays claim to trendy loft apartment spaces, adorable coffee shops such as DrinkHaus Espresso Tea, and superb restaurants including Monell's, offering traditional Southern "meat and 3" family-style meals, and the brilliant City House, which features creatively prepared rustic Italian plates.

A hotbed of jazz, blues and rhythm and blues from the 1940s through the 1960s, Jefferson Street faced a near downfall in the 60s, when an interstate (I-40) sliced through the neighborhood and desegregation sent the area's mostly African-American residents shopping in other, predominantly white neighborhoods. Thankfully, in 1994, an organization named the Jefferson Street United Merchants Partnership (J.U.M.P.) swept in to help restore the region. Today, with a population that is 88 percent black, the neighborhood remains Nashville's social, economic and political hub for African Americans.

Once upon a time, The Gulch neighborhood housed little more than abandoned warehouses and factory buildings. These days, those vast industrial spaces are being transformed to contain luxury apartments, sexy hotels, hip restaurants and clubs. While "trendy" seems to be The Gulch's middle name at the moment, escape the shiny scene to dive into an oldie but goody: The Station Inn. Practically an institution, The Station Inn has been home to some of Nashville's best live bluegrass music for more than 30 years. 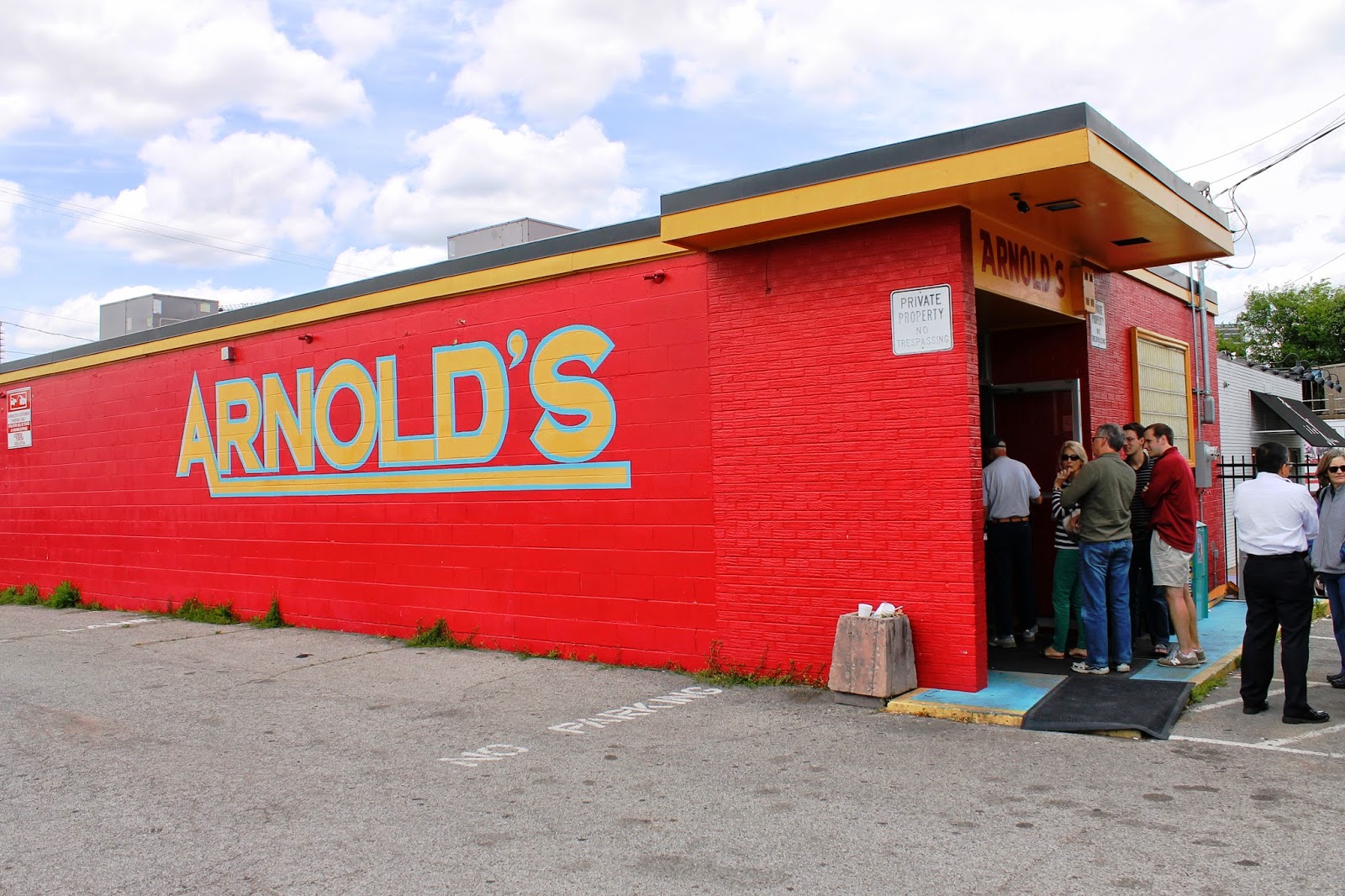 Escape the tourists and honky tonks of downtown Nashville with a trip to 8th Avenue South, a neighborhood teeming with antique and vintage shops, ideal for an afternoon stroll and bargain shopping. Some notable shops include the upscale A la Maison and Corduroy Horse, as well as the funky Classic Modern. A day of shopping can build up an appetite, and Eighth Avenue can satisfy even the hungriest bargain hunter. Stop by Arnold's Country Kitchen for some down home eats, like the meat-and-three, then check out live music at the Douglas Corner Cafe or a comedy show at Zanies Comedy Night Club where famous acts such as Jerry Seinfeld have graced the stage. 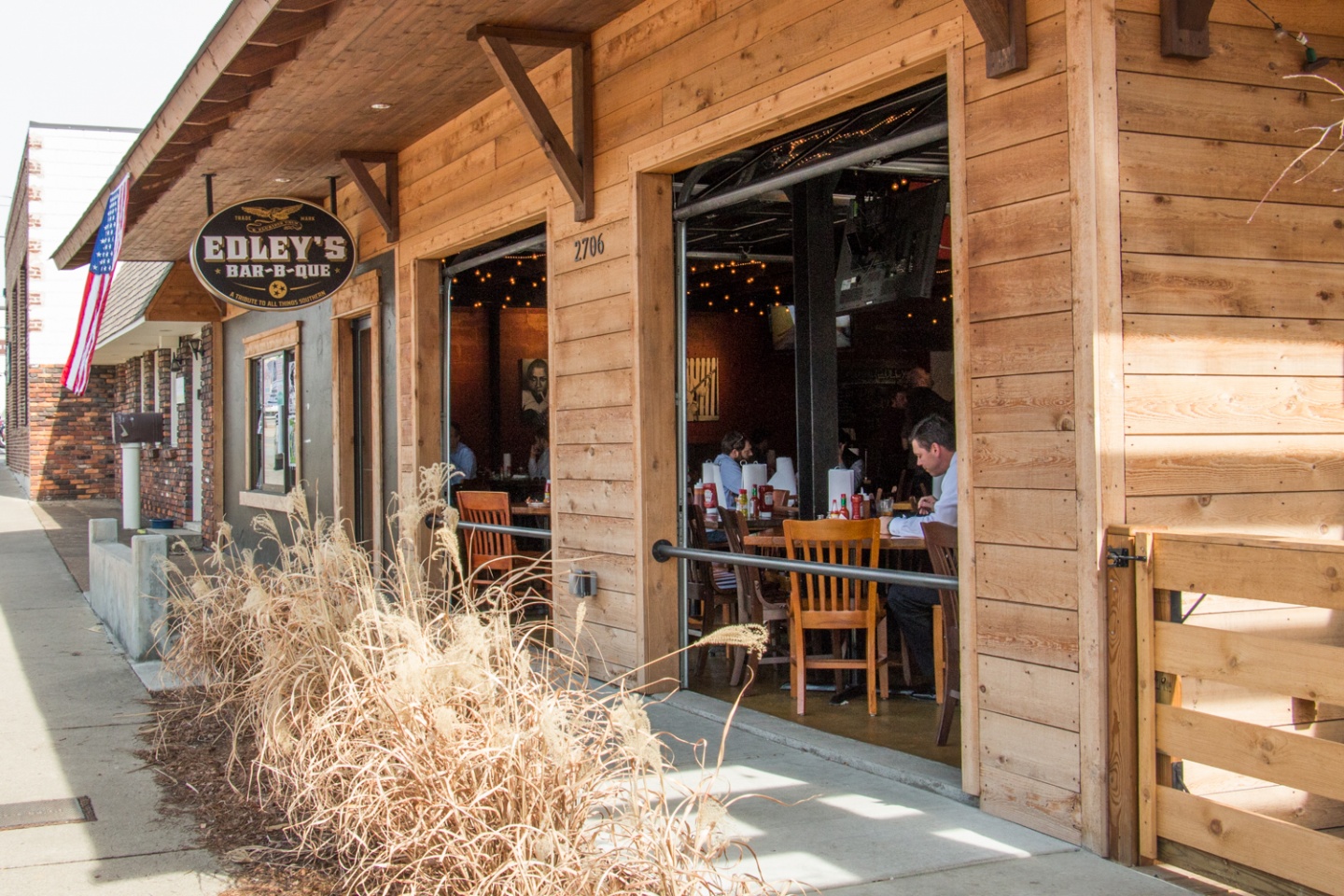 What was once considered downtrodden, blighted territory just south of The Gulch, 12South, as it's called, is now one of Nashville's brightest new stars. The city has laid new sidewalks and put up street lights, as young entrepreneurs have set up businesses and restaurants, like Katy K's Ranch Dressing, a shop filled with designer cowboy buckles, boots and hats or Corrierri's Formaggeria, a cheese shop that could make a dairy lover weep with joy. Cap off a trip to 12 South with a visit to Las Paletas, which serves up gourmet Mexican popsicles. 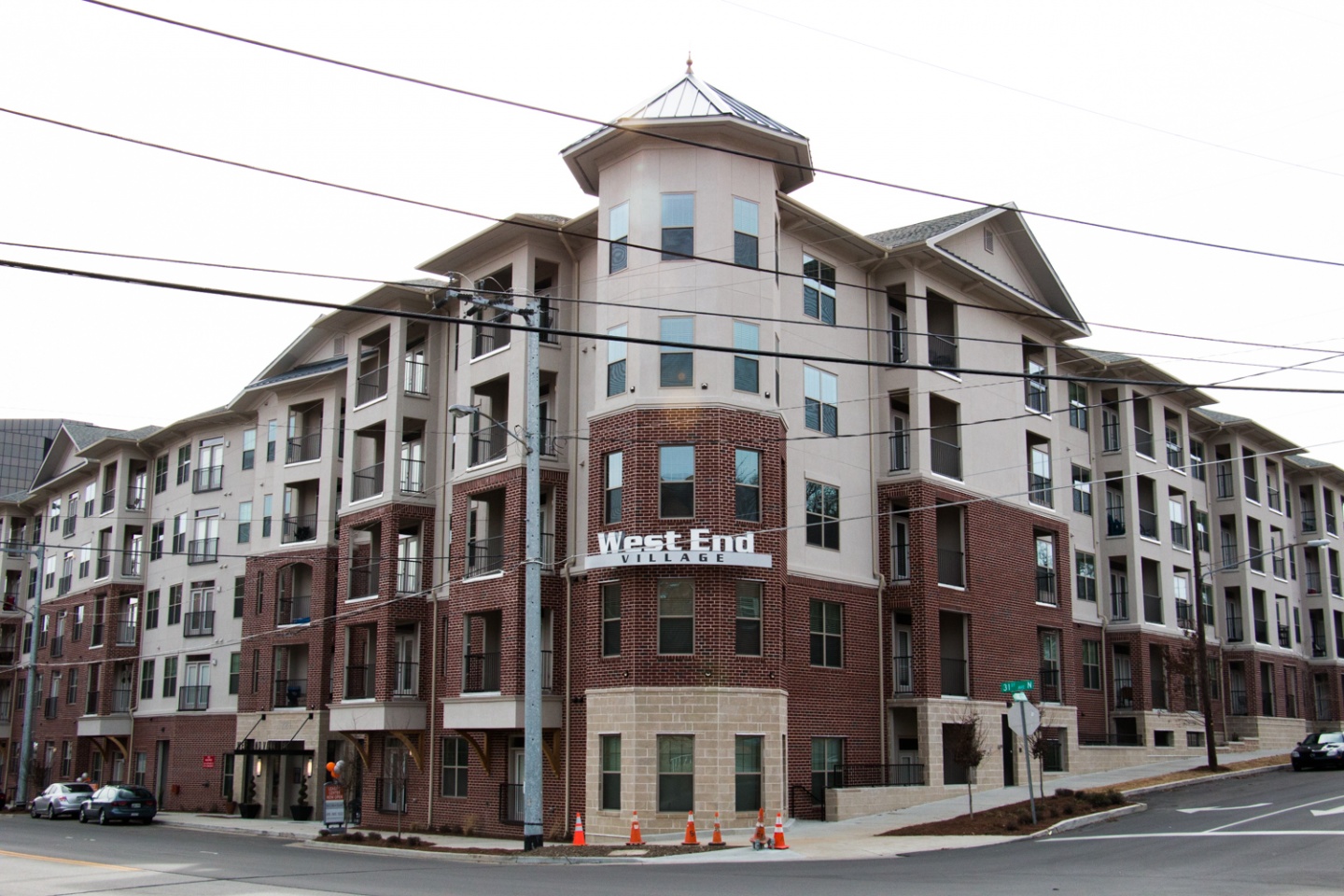 Located next to Vanderbilt University, the West End neighborhood, sometimes referred to as Hillsboro Village, is one of Nashville's more upscale enclaves. Interesting boutique shops, high end dining options and a smattering of luxury hotels fill the area, but the West End also plays host to a rolicking night life, thanks in part to Vanderbilt's coeds. While in the neighborhood, stop by Centennial Park and the Parthenon -- yes, an actual, life-size replica of Greece's Parthenon sits in the urban park, and was built to commemorate Nashville's reputation as the "Athens of the South," due to the many universities located here.

So you wanna be a country music star? Hightail it to Music Row, along 16th and 17th Avenues, where you'll find the mecca of country music moguls and recording studios. The tree-lined boulevards lend a stately appeal to the area, and add to the mystique of making it big in Music City. Large homes along the route have been converted to form recording studios and the offices of record labels, public relations reps and music publishers. 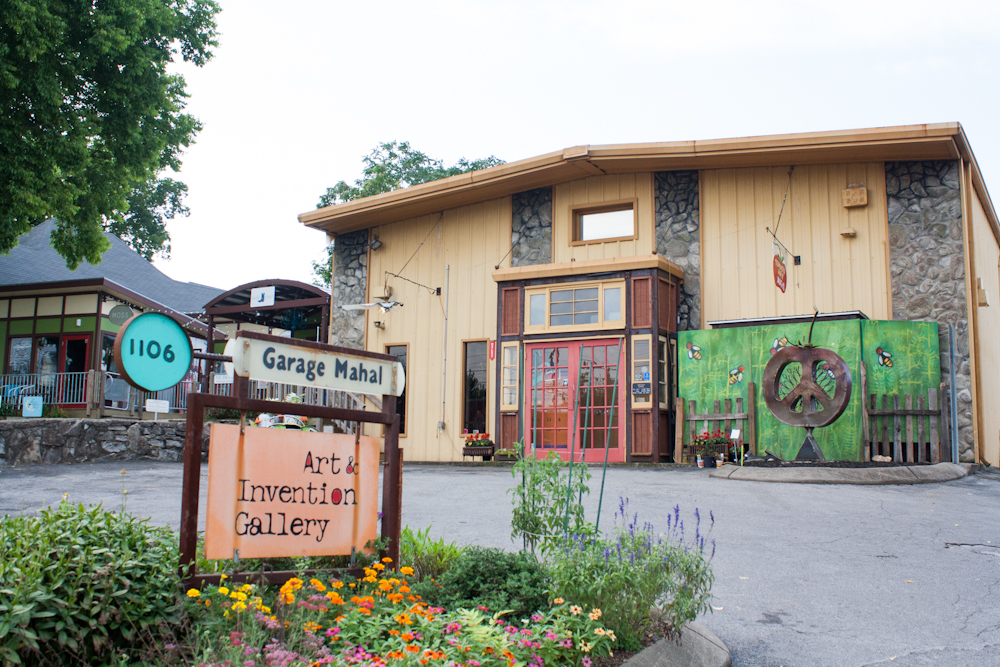 Most tourists don't make the short journey across the Cumberland River from downtown to East Nashville, but those who head "over the river and through the 'hood" as local bumper stickers say, are in for a treat. The neighborhood lays claim to some of the city's funkiest bars, boutiques and cafes. Many musicians and artists have moved into the area, and art galleries and innovative restaurants including Margot Cafe and Bar and Marche Artisan Foods, are tucked throughout the East's streets.

Chock full of sites like the Nashville Palace entertainment complex, Grand Old Golf & Games [http://www.grandoldgolf.net/] and the General Jackson Showboat, Music Valley has all but declared itself a tourist trap for country music fans. Still, it's hard to pass up a visit here to see the new location of the Grand Ole Opry, which offers tours of the theater as well as tickets to see country's hottest acts perform live, including Keith Urban and Carrie Underwood.